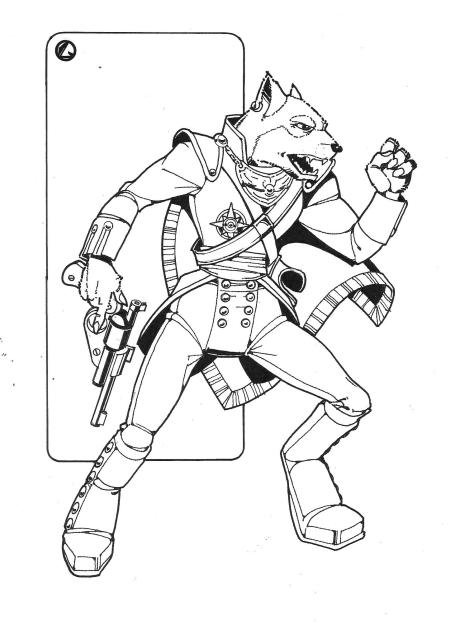 The  rich variety in alien races populating Marc Miller’s Traveller science fiction role-playing game is a major factor in its popularity for the last thirty years. I was lucky enough to illustrate a series of booklets detailing each one of the major alien races – the only down-side being that it happened early in my career so the quality was inconsistent. Unfortunately it was the Vargyr cover in that series that didn’t work out very well.

On the surface that makes no sense as I am very much a “dog” person so you’d assume I’d do an A-1  job envisioning a canine race, however  I was involved in some very intense training with the National Guard at the same time and something had to give.,,,but the cover  was so bad that I  wasn’t able to look my Samoyed,  Sasha in the eye when the printed version hit the stores.  Since that time I’ve made sure to come up with better-than-average renderings when  Vargyr are in the manuscript.

This image will be used in the slowly percolating Traveller “Man At Arms” project.